Dampbusters (1990) is a community play written and staged by the Easthall Theatre Group. Dampbusters (1990) was performed in Easterhouse during the City of Culture in 1990. The video is available to view on CCA Annex as part of Winnie Herbstein’s exhibition of the same name at the CCA, Glasgow.

The play responds to what residents saw as their own ‘culture’, the penicillium and aspergillum moulds growing on the walls of their flats, the play toured greater Glasgow to raise awareness of the health risks inherent in damp housing. 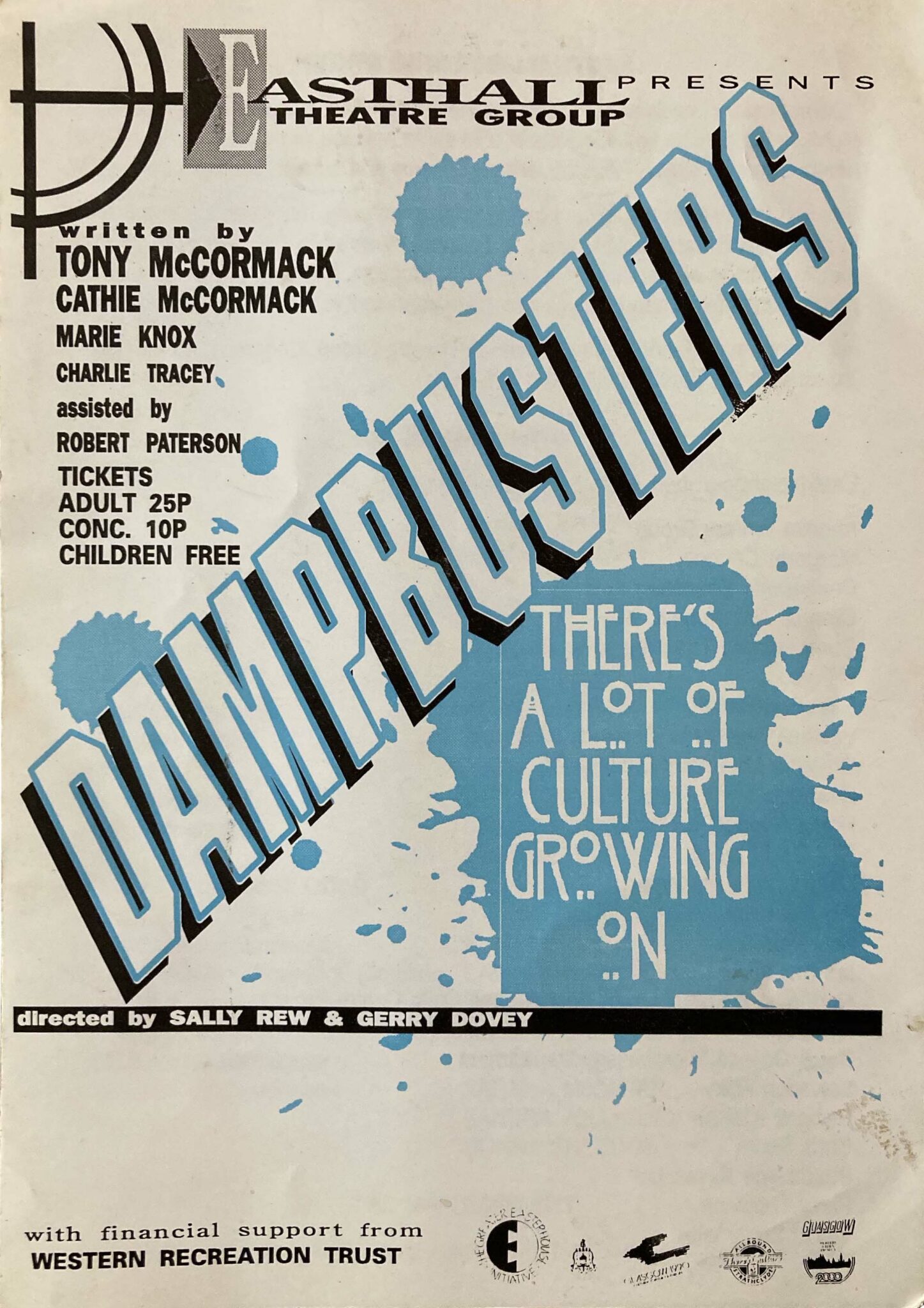