“Everything is connected. Connectivity is going to be the key to addressing these issues, like contaminants and climate change. They’re not just about contaminants on your plate. They’re not just about the ice depleting. They’re about the issue of humanity. What we do every day – whether you live in Mexico, the United States, Russia, China … can have a very negative impact on an entire way of life for an entire people far away from that source.”

Sheila Watt-Cloutier, from “The Right to be Cold”.

“Everything is connected. Connectivity is going to be the key to addressing these issues, like contaminants and climate change. They’re not just about contaminants on your plate. They’re not just about the ice depleting. They’re about the issue of humanity. What we do every day – whether you live in Mexico, the United States, Russia, China … can have a very negative impact on an entire way of life for an entire people far away from that source.”

Sheila Watt-Cloutier, from “The Right to be Cold”.

From October 2020 to April 2021, a group of young people from the communities of Iqaluit, Pond Inlet, and Clyde River (Nunavut, Canada) participated in a workshop entitled “Our People, Our Climate”, offered through the illinappaa Skills Development Center, and supported by the West Baffin Eskimo Cooperative, the University of Minnesota Duluth, and the University of St. Thomas. Over the course of eight months, they learned about climate change visualization, professional photography and documentary filmmaking skills, and began portraying climate change, and its consequences, as they see it, in their communities. Today, these young people are already accomplished documentarians whose photographic work has been exhibited in Europe and North America. 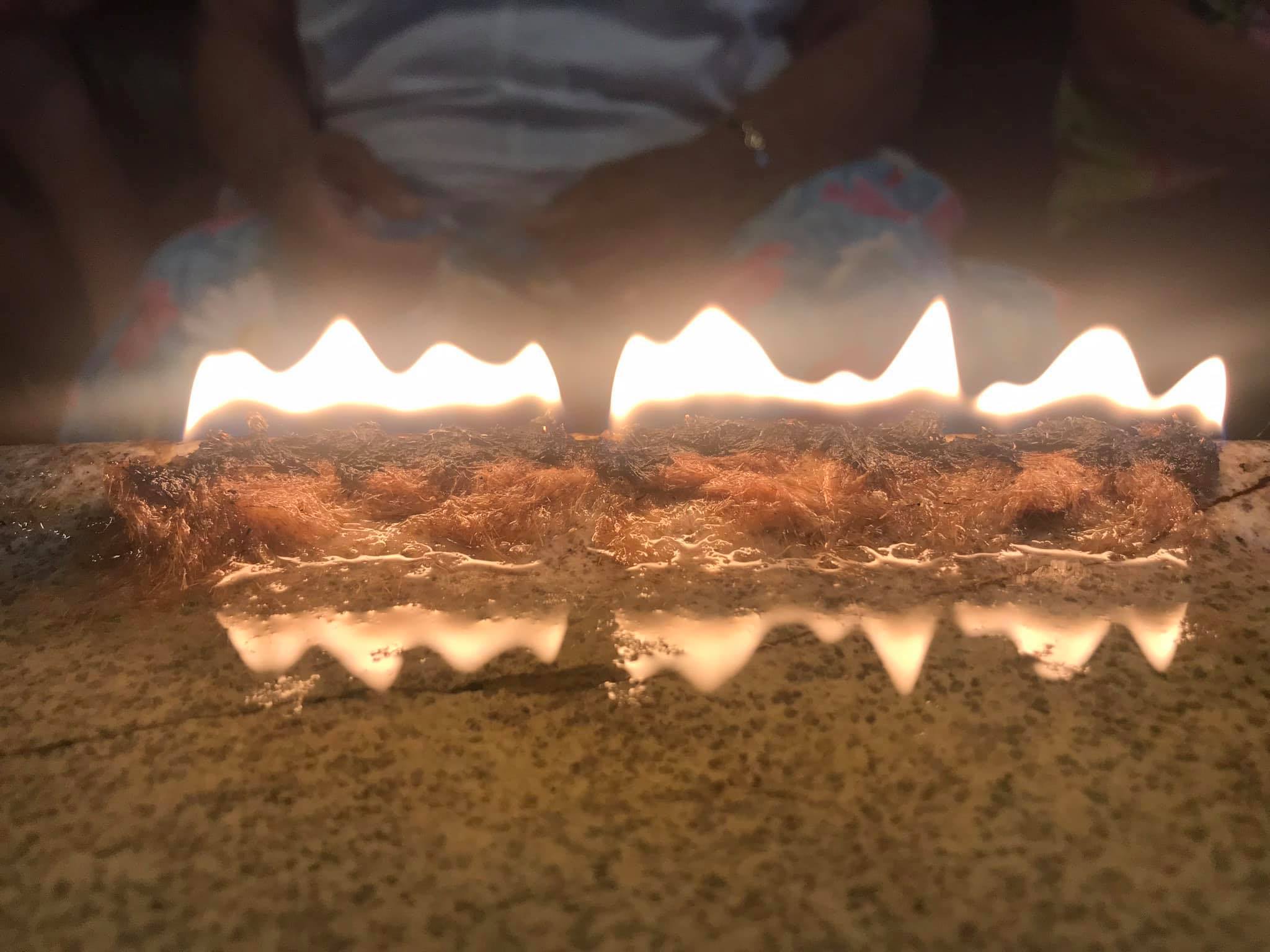 Climate change, along with resource demands from the South, continue to drive the exploration of natural resources in the Canadian Arctic. Changing sea ice conditions, and a general reduction of sea ice depth and extent, have made Arctic waters more navigable, and for a longer period of time. Snow depth has been reduced, summer seasons are extending, and natural resource exploration in the Arctic will likely expand in the coming decades, putting outside pressures on Arctic communities, from tourism opportunities to resource extraction and commercial fishing. The population growth of Arctic communities and their increasing accessibility due to climate change has triggered the increased shipment of material goods. The Canadian Arctic is now more accessible than ever, and is likely to be even more connected in the near future. Yet, the question emerges as to what to do with the waste generated by modern Arctic societies, and how to develop alternatives to fossil fuel that can support the energy economy of the Arctic in the future.

“When I think about climate change I think of tides rising and worry about our homes and gravesites.  The biggest loss for me is this graveyard.  I have family buried here and I wouldn’t be able to visit them anymore”.  Carmen Barrieau 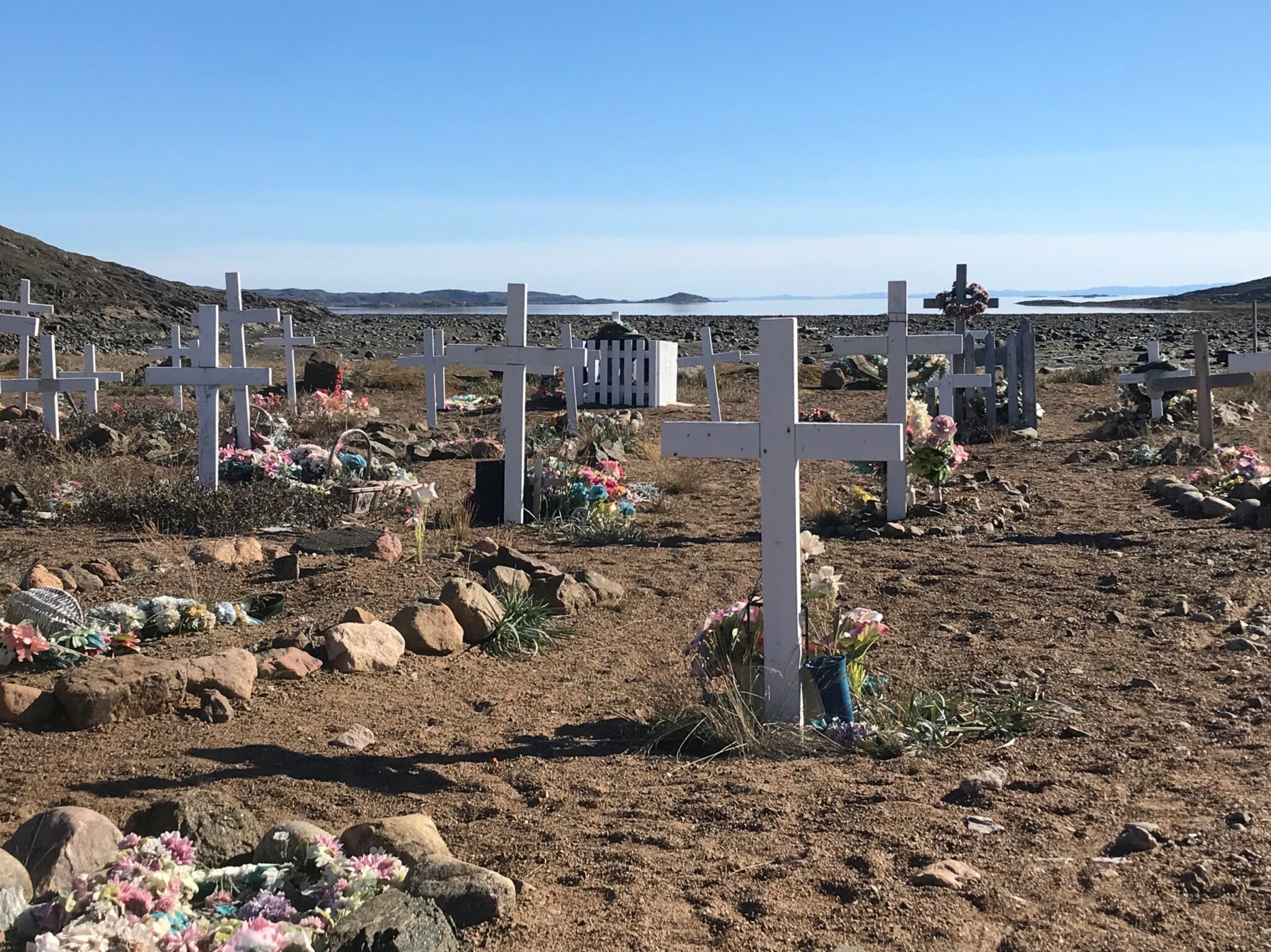 Rising of the Tides

A Petroleum Landscape on Ice

To students in this program, the use of plastic bags, challenges of waste disposal, and the ever present consumption of fossil fuels became the three key symbols of Arctic materialism – and climate change affecting this area. The North faces a conundrum in the future: Climate change might provide lucrative business and economic development opportunities by opening up more mining, tourism, and other employment sectors, yet these directly threaten traditional ways of life, further advance fossil fuel use and extraction, and also may enhance economic inequality that is already pronounced within Canada.

“Ice used to be much thicker…20 to 30 feet of glacier hung on that ridge.  Now it is totally gone.  And now we have hardly any seals.”  Jacob Jaypoody. 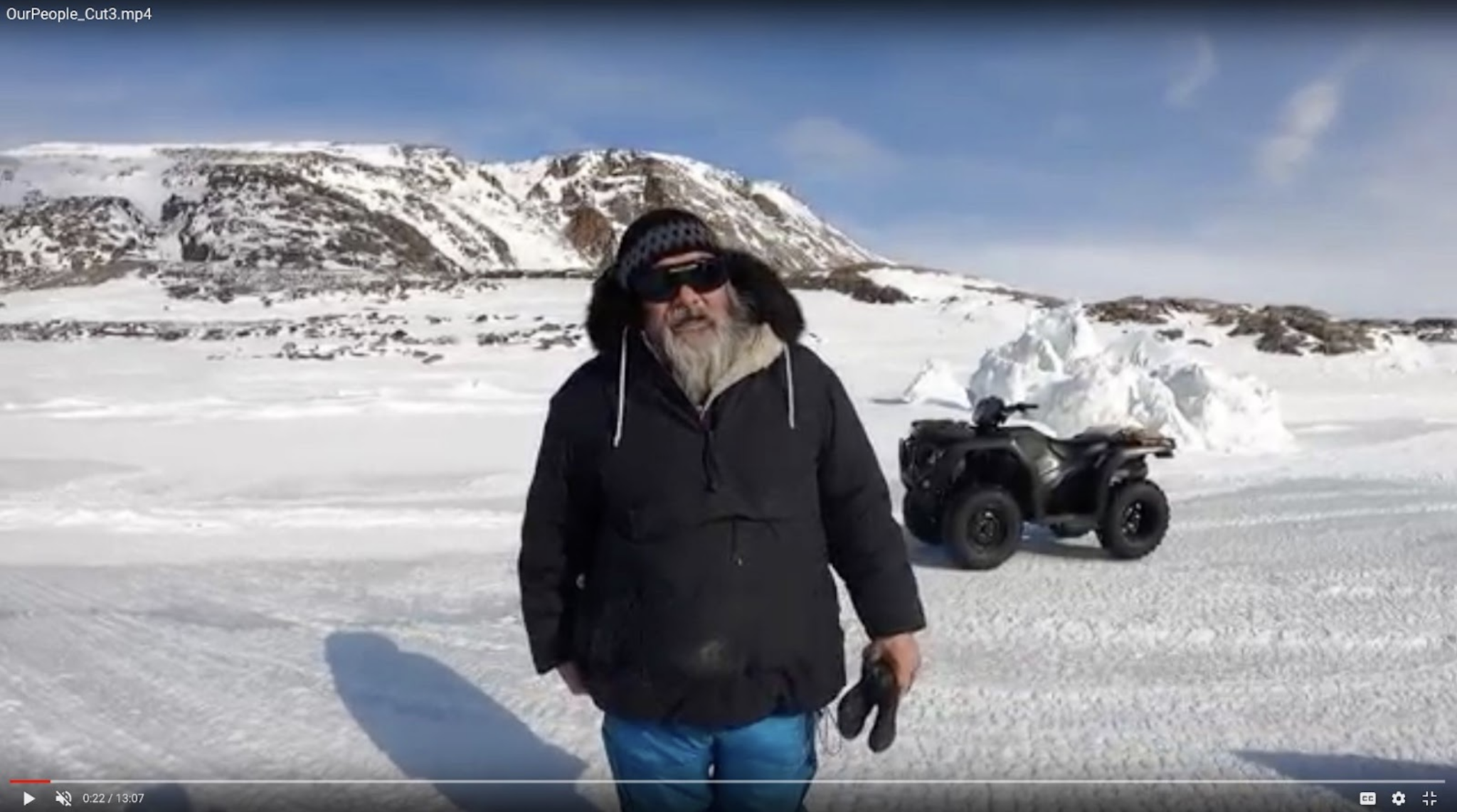 Our People, Our climate

This in turn has influenced caribou migration routes, rising human polar bear encounters and increased the cost of participation in hunting for many youth. With the arrival of broadband internet and social media, Arctic youth are also more connected to Southern ways of living than ever before. Many youth in Nunavut communities no longer have the means, knowledge, or guidance to experience traditions of hunting caribou, seal, or whale, to name a few. These hunting practices increasingly rely on extended trips out onto the land, and require ATVs, snow machines or other expensive equipment. Inuit youth find themselves between two worlds, and this dichotomy will only increase if climate change continues, with fewer opportunities to experience traditional lifestyles and methods of subsistence. This has also been paralleled by a dramatic shift in Northern diet, leading to increasing consumption and dependence on Southern, imported foods, thus negatively impacting Inuit health.

“On top of the whole process of getting fuel out of the ground, it’s then put on a ship (which burns more fuel).” Anna Inwin 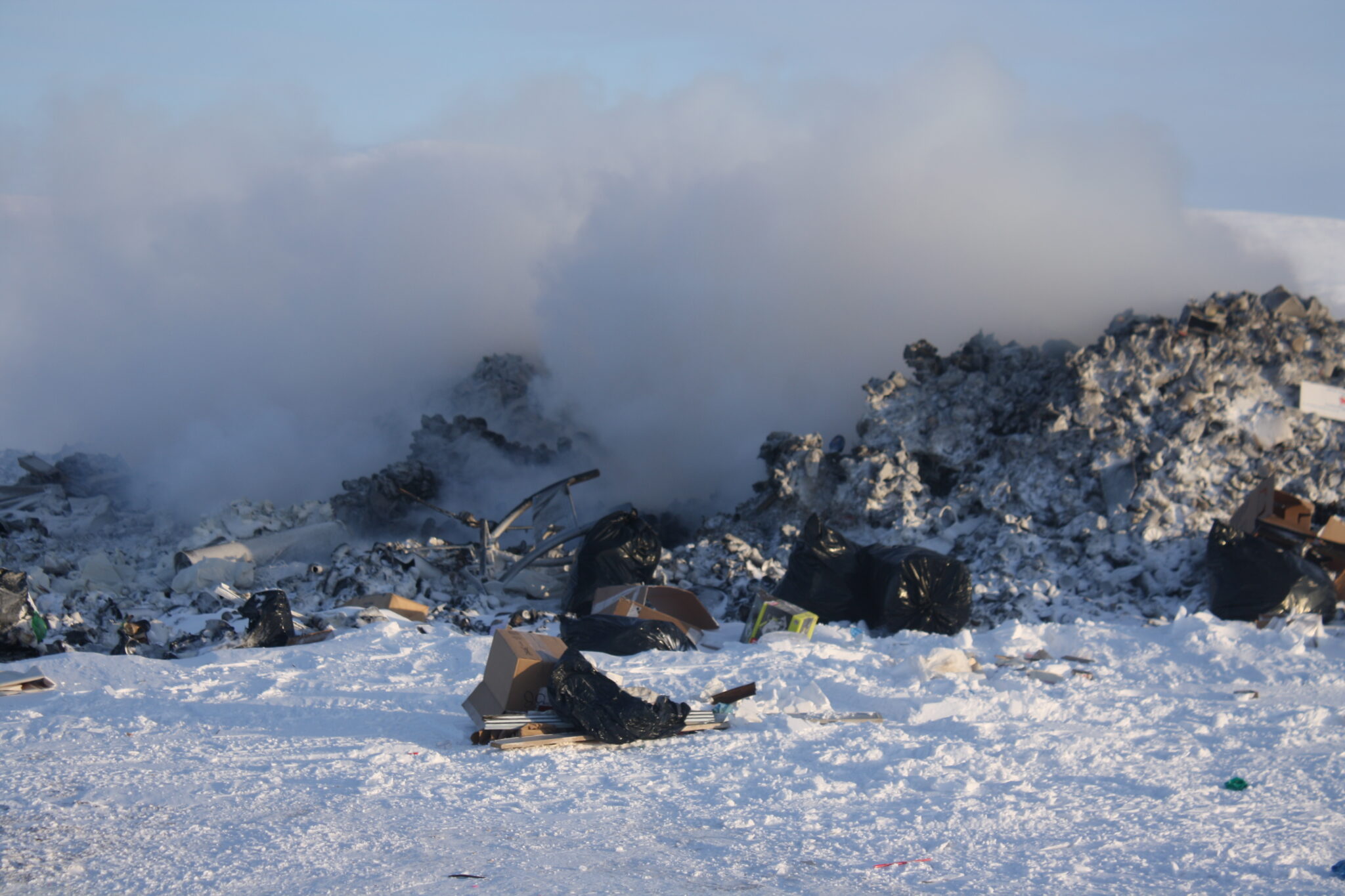 Traditionally, men in Inuit societies are the hunters and food providers for their family and community. Climate change is impacting Inuit hunting grounds, from changing the migration patterns of caribou, to the increased seasonal variations and unpredictable nature of sea ice. Many young men no longer have the means and opportunity to hunt as before, and it has become a more precarious activity due to changing levels of ice thickness. Nunavut communities are seeking to remedy this through “Young Hunters” programs and other forms of mentorship, yet the fact remains that hunting, while it may never have been completely “safe,” is becoming a more precarious activity for hunters of all experience levels.

For the young women in the community, accessing traditional ways of life are becoming more challenging as well. One example is traditional ways of keeping house and household, and assisting men with processing the meat brought home from the hunt. In the past, families lived a predominantly nomadic lifestyle on the ice, in igloos, tents, and sod houses, and today, many residents find themselves in overcrowded modern housing.

“He’s wondering how he is going to teach his son to hunt (sic a right of passage into manhood) in the future”.  Chelsea Qammaniq

Today, women are actively participating in the workforce and many no longer learn the traditional ways of preparing animal skins, sewing, and making other crafts as they used to.

Protecting the Right to be Cold – and to be Prosperous

The student voices and images of the “Our People, Our Climate ” course share many of the same concerns as Canadian activist and scholar Sheila Watt-Cloutier, who has argued that Arctic residents have a “right to be cold”. To protect a liveable planet also means protecting living cultures, which are also deeply connected to both climate and place, while at the same time creating a prosperous future through sustainable economic development. 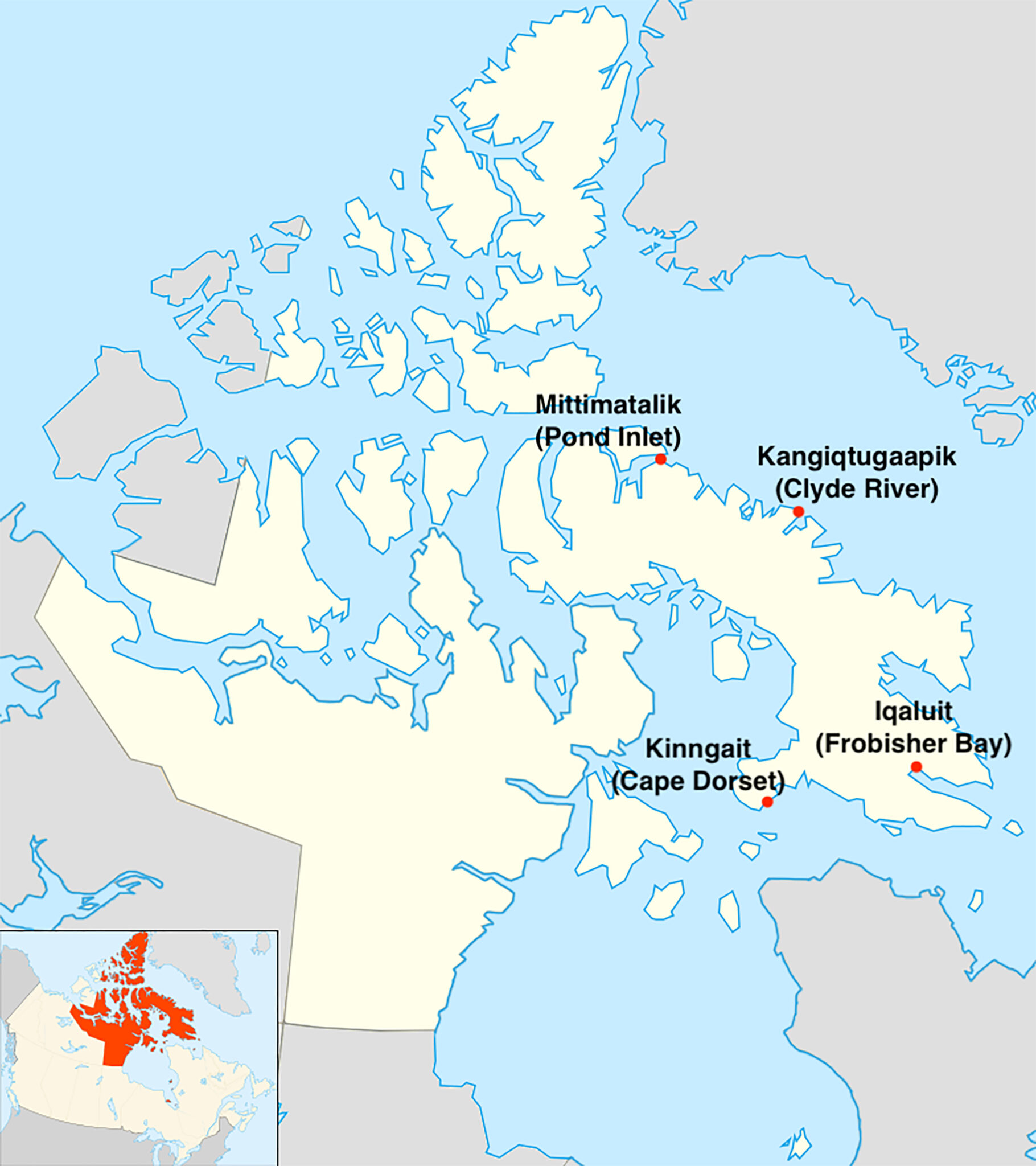